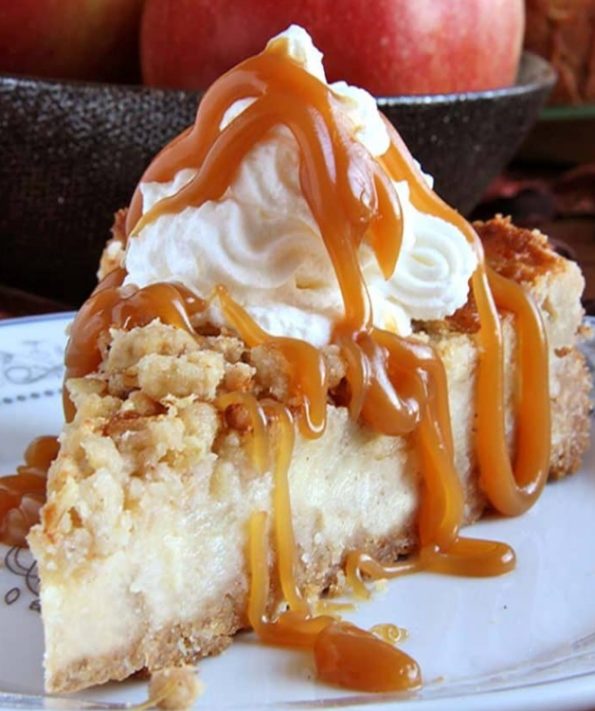 TOP Reviews:
This was amazing!! and super simple to make! It made for a thinner cheesecake in terms of height. I was expecting it be like 3 inches high (first time I ever have made cheesecake) and it was about an inch. Which may be completely normal. lol I’m making it for Thanksgiving in a few days and am going to double the filling to get a more new york size cheesecake. ?

its the second time I made this and will make it again, I decided to make my own caramel sauce and it turned out pretty awesome

Being a lover of fall, my daughter was impressed when I made this cheesecake for her birthday. The whole family agreed that we would no longer buy cheesecake. Instead we will experiment using different fruits with this recipe. Very delicious!

I made this for my husband’s birthday, and he said it is possibly the best dessert he has ever eaten. It is rich without being cloyingly sweet. I will be making this one again! Be sure to cut the apples in small thin pieces!I notice is that the recipe calls for a total of 1/2 cup chopped pecans, divided between the top and the bottom. It seems like more than 1/4 cup of pecans on the top in the picture, and the pecans look broken instead of chopped. Also the caramel is flowing down the side of the crust in places. I am not sure how this is possible since the caramel layer is baked on the top of the cheesecake. I think there was some food styling going on in the picture, but I was still very pleased with the way mine looked…and tasted!

I served this last night to rave reviews. My first caramel apple cheesecake, but definitely not my last. Love it !!

Instructions
Preheat your oven to 350F.

Press inside the bottom of a 9 or 10 inch springform pan.

Bake for 5 minutes. Remove from oven to cool.

Once well combined, pour on top of your graham cracker/oat crust.

To start your apple layer, arrange the thinly sliced apple on top of the cheesecake in a single layer.

Once it’s done cooking, cool for 15 minutes, then refrigerate overnight 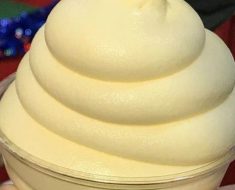 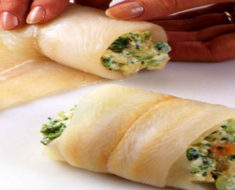 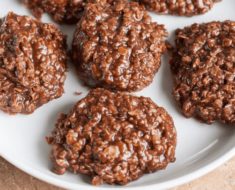 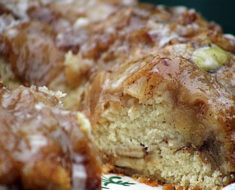