When I saw this recipe in an old recipe tin, I didn’t give it much of a thought. Simply titled “Cheese Cake,” and then clarified in smaller writing to the right: “Judys Cheese Cake,” there wasn’t really much that drew my eye to the plain index card with shaky handwriting. On a second pass through the stack of vintage recipes though, I took a closer look and once I saw the crust ingredients, I just knew I had to make it.
See, the crust is made with Nilla wafer cookies, and when I read that I had this sudden memory of a banana cream pudding pie my mom used to make that was lined with those cookies. That pie was good… but what I remember most is that I would eagerly eat the remaining wafers out of the box. We didn’t have them around that often when I was a kid, but I loved them. And so I thought, I have to make this cheesecake. That crust is going to be amazing! Well, I’m sure glad I did. Because it was.
This recipe came out of an old recipe tin that I recently found and started cooking my way through. I call it the Recipe Tin Project. It’s chock full of old recipe cards, most seem to be from the ’60s and ’70s, so this is one of the newer ones in there – it’s dated 11/21/1998. A lot of the cards seem to be collected from various friends and have cute illustrations, though this one is just jotted down on a plain index card. There are everlasting classics in there like Chocolate Cake and some not so timeless creations like Jellied Chicken Gumbo. To read more about the contents of the tin and the project, you can go to the first post here.
This card is stained in one corner and has a spill in the middle. On the back, someone used it as scratch paper for some quick math and as a scribble test to see if a pen still had ink left. There are a couple of question marks where the owner was probably a little confused by her friend’s instructions. But I think I sussed it out okay; the cheesecake turned out beautifully. (There’s a printable recipe below if you want to make it yourself. Which you should!)
I was right in that the Nilla wafer crust was absolutely great. The flavor is subtle, but definitely more infused with vanilla than a graham cracker crust. It’s also more delicate but still stands up to the cheesecake and topping.
It’s an easy cheesecake – no water bath needed – and while the card calls for just a simple pie pan, I went ahead and used a springform pan because I wanted to be able to take the whole thing out to slice and serve. It works either way, but the topping does create a pretty layered effect so I’ll opt for the springform pan again next time I make it. It’s a lovely cheesecake.
Judy’s cheesecake has a sturdy bite but isn’t dense. It’s creamy and smooth and has that telltale cheesecake combination of sweetness and a slight tang. The sour cream topping adds another layer of that combo as well as an extra little smooth and silky component. It’s everything a cheesecake should be. So thank you, Judy, whoever you may be.

INGREDIENTS
For the crust:

PREPARATION
Preheat oven to 375° F and lightly grease a 9-inch springform pan (or pie pan). Set aside.
In a medium bowl, mix together wafer crumbs, 1/4 cup sugar, and 1/4 cup melted butter until well combined. Press mixture into bottom of prepared pan.
Bake 8 minutes, then set on wire rack to cool.
In a medium bowl, combine cream cheese, 1/2 cup sugar, vanilla, and eggs, and beat together with an electric mixer until smooth. Pour mixture into cooled cookie crust.
Bake until center is set, 20 minutes. Remove and let cool 15 minutes before adding sour cream topping.
Meanwhile, mix together sour cream, 1/4 cup sugar, and vanilla and spread over cooled cheesecake. Raise oven temperature to 475°F and after 3 minutes of preheating, put cheesecake back in to bake for 10 minutes.
If using a springform pan, let cool 10 minutes before running a knife along the edges. Refrigerate overnight. Release springform pan, slice, and serve. Enjoy! 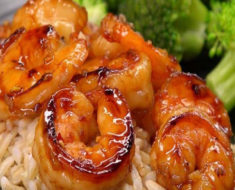 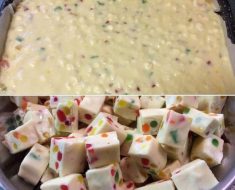 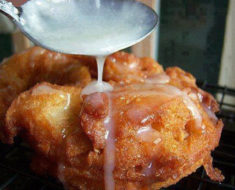 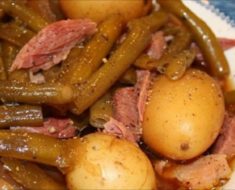